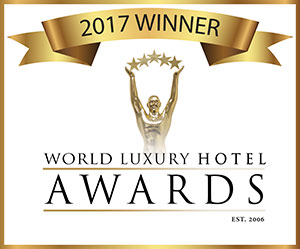 We had a fantastic start to December 2017, as we got news of not one, not two, but three World Luxury Hotel awards won by Elewana's Afrochic Diani Beach!

A special thank you to each and every one of you who took the time to vote and a huge congratulations to the entire Elewana Afrochic Team, especially Joab Andayi who has been appointed to the new role of General Manager, what a way to start!