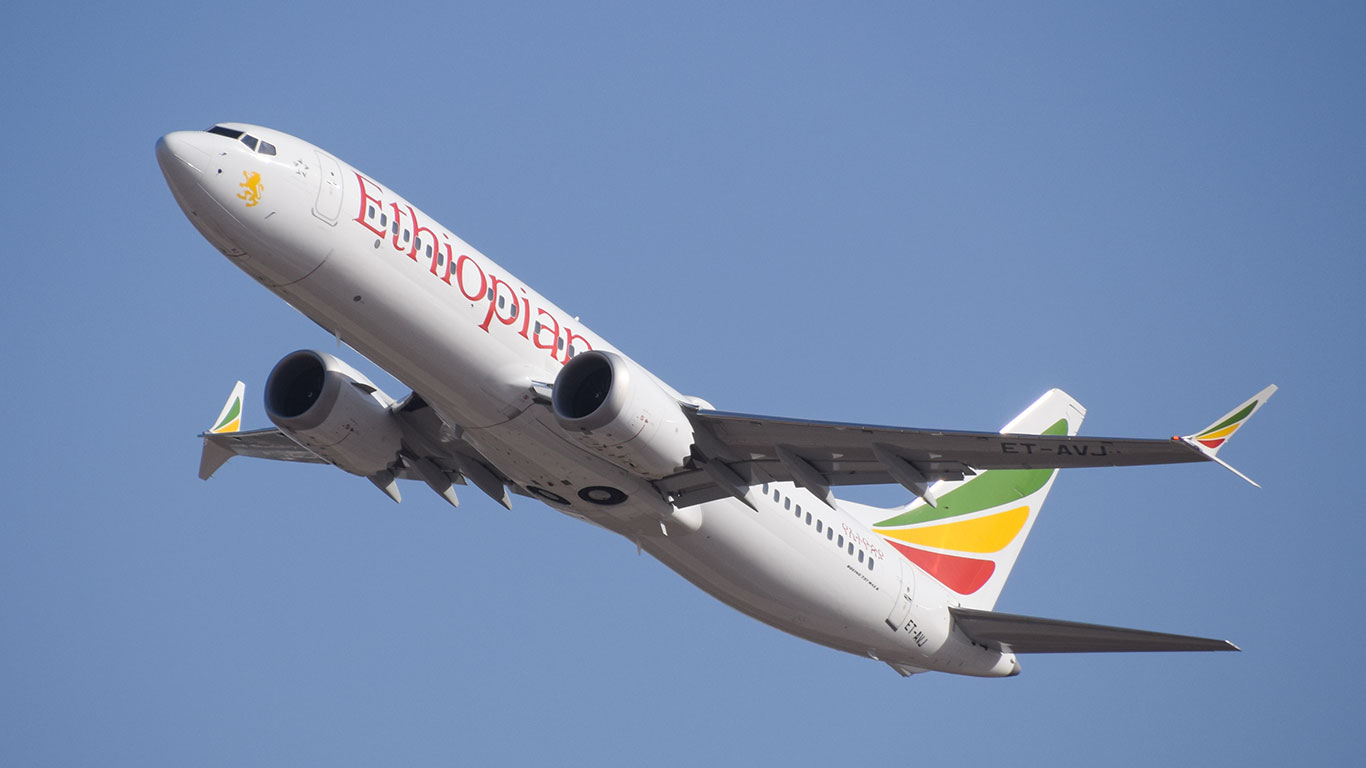 June 9 is the start date for Ethiopian’s new nonstop flight from Washington’s Dulles International (IAD) to Abidjan, with continuing service to Addis Ababa. The new route will be the airline’s second service from the U.S. to Côte d’Ivoire‘s largest city. Ethiopian will operate this route three times a week, on board Boeing 787-8 aircraft. The overnight flights will depart IAD at 9:05pm on Sundays, Tuesdays and Thursdays arriving in ABJ at 11:25am the following morning. Overall service from Washington Dulles will increase from 7 to 10 weekly with this new service addition.

Speaking to Xinhua, Tewolde Gebremariam, CEO of Ethiopian Airlines Group, said Ethiopian Airlines is waiting for flight permits from Chinese authorities to fly to the Chinese destinations of Chongqing, Shenzhen and Zhengzhou. “In addition to planning three new Chinese destinations, ET is also planning to increase its flight frequencies to the Chinese cities of Guangzhou and Shanghai,” said Gebremariam. “Ethiopia’s cargo and passenger flight frequencies and destinations need to increase to keep up with the fast-rising ties between African countries and China,” he further said.

“Most African countries’ embassies are located in Beijing, but China is a big country and some Chinese may not be able to come to Beijing to apply for visas in countries like Zimbabwe, Zambia or Nigeria,” Gebremariam said.

“The visa scheme will facilitate easier air travel for Chinese experts and business people and reduces their financial cost. We believe the visa scheme will significantly boost China-Africa trade ties and we are very excited about it,” he further said.

He further said the carrier has the largest air network for an African airline in China, currently traveling to five Chinese destinations, helping Chinese and foreign nationals living in various corners of China to directly travel to Ethiopia and beyond without the need to transit through the Chinese capital city Beijing.