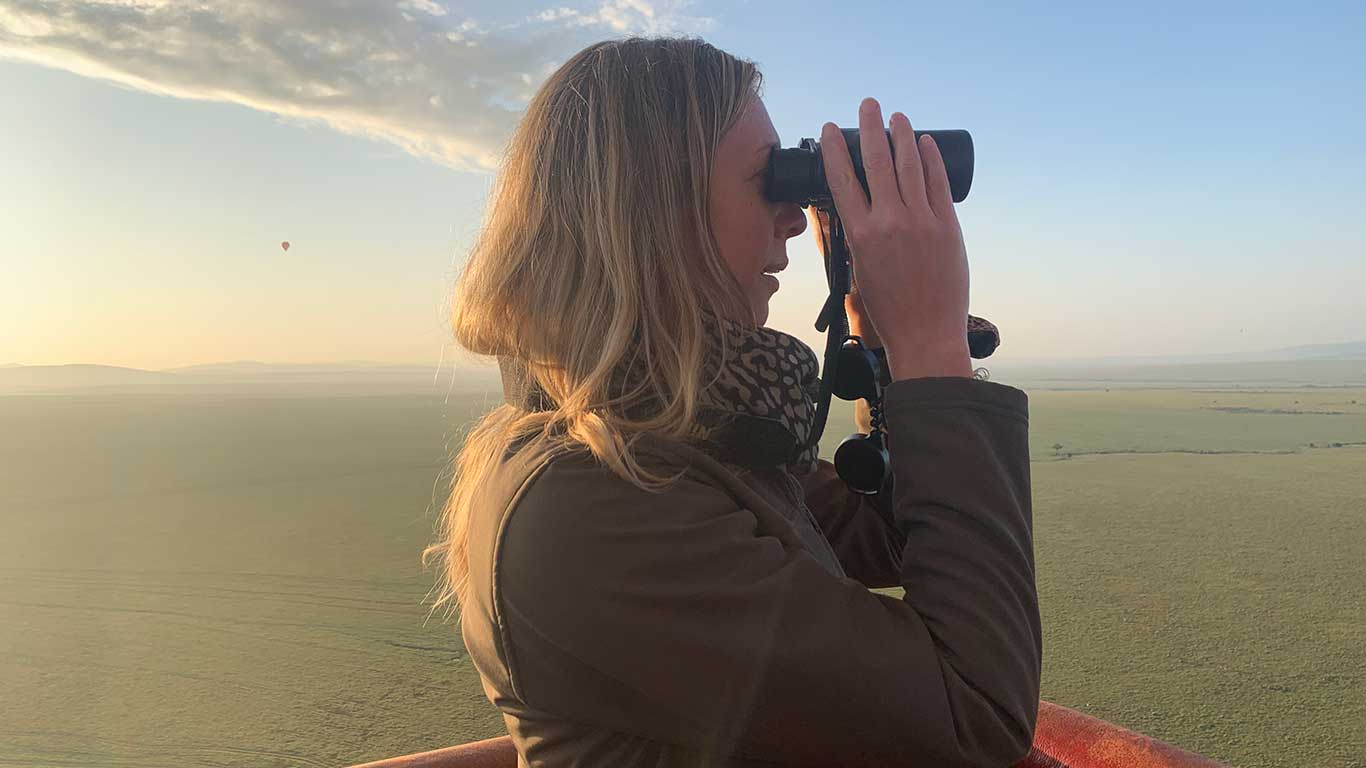 Elewana Collection’s US PR Rep, Alison Sager, recently had the great fortune of traveling to Kenya and hosting six US journalists on a media trip. She shares her highlights from the incredible experience.

When I first learned travel to Kenya reopened in August, I was elated. It was one of the first destinations which opened back up to US travellers and given the seriousness with which the Kenyan government handled the pandemic and the many protocols they put in place for reopening, I felt confident about the opportunity to visit later in the fall.

This was my fourth time on safari in Kenya and by far, the most rewarding for many reasons. From the incredible wildlife viewing (I don’t think I’ve seen so many animals on one safari!) to the genuine hospitality offered by Elewana staff to the sense of privacy and exclusivity, given that we were one of few people on safari right now, it was one for the record books.

Elewana Tortilis Amboseli was our first stop and we were greeted with a warm welcome from Edison, GM for the property, and his team. The warmth of the East African sun gently lulled us into a new reality – one in which we were free to breathe in the fresh air and enjoy the incredible beauty of our natural surroundings. While at the property, we indulged in the delicious meals prepared with the freshest of ingredients. One of the pleasant surprises of the trip was how healthy many of the dishes were at Elewana properties, thanks to veggie-forward sides and vegetarian main options. Though, that did not stop us from indulging in the many desserts and the delightful sweets prepared for our mid-afternoon tea. We were particularly fond of the brownies at Tortilis and have asked Chef for the recipe! Elewana staff also continuously surprised us with lovely sundowners to cap off a wonderful day in the bush.

Amboseli National Park is famous for its herds of elephants, many which can number well over 100. The tusker population did not disappoint, as we saw a number of large herds, but we also had the great fortune of encountering cheetah, dazzles of zebra, towers and journeys of giraffes, and many a flamboyance of flamingos. All against the gorgeous backdrop of Mt. Kilimanjaro. We hardly saw anyone else on safari during our game drives, which was an incredible feeling in itself. Alone to explore the bush – a dramatic landscape of wide-open plains, acacia woodlands, swamps and marshland that make this park so unique.

Lewa Conservancy brought incredible sightings of rhinos, including a few mothers with their children. We were even treated to sharing some time with a mama rhino and her adorable 3-week old baby during one game drive. We also saw many herds of elephants in this UNESCO World Heritage Site and some lions as well, not to mention the gorgeously striking Grevy’s zebra who remain endangered. Lewa was peaceful, a calm oasis which felt almost entirely curated for our group. We rarely, if ever, saw another vehicle and the animals seemed even more relaxed and happy for us to be with them.

Our group enjoyed the wonderful comforts of Elewana Lewa Safari Camp and Elewana Kifaru House and their unique locations within the Conservancy, allowing for optimal game viewing. George, acting GM at Kifaru, and Moses, GM at Lewa, were exceedingly hospitable together with their staff and ensured we had a memorable stay. Our guide at Kifaru House, Godfrey Polonet Kinyaga, is deeply passionate about his work, especially with rhinos, and extremely knowledgeable about the conservancies and parks in Kenya. As Elewana's youngest head guide, he is certified at the silver level by (KPSGA - Kenya Professional Safari Guide Association) and grew up in Ngare Ndare village just near Lewa Conservancy, where he did most of his training. It was very sad to leave everyone on our last morning, but I took a note from the Kenyans and remembered that this was not a goodbye, but a “see you soon.”

From Lewa, we headed back south to the everlasting beauty of the Masai Mara for a 3-night stay at Elewana Sand River Masai Mara. At this point, our group had been spoiled in terms of sightings. We had already spotted four of the Big 5 and an abundance of wildlife, whether the numerous cats we saw like cheetah, lion, serval and wild cats to the tremendous amount of bird species. A few of us were still hoping to see the elusive leopard of course, but we knew it would be challenging. And that is when the Mara delivered! During our stay in the Masai Mara National Reserve, we had the opportunity to spot not one but two different leopards in various settings. The first, Luluka, was a true delight as we followed her along the banks of a local stream and saw her leap across. The next day we came across Split Nose, dozing in the bush. His name is due to the scar on his face, a result of what was most certainly a very dangerous encounter. In 10 days, we had managed to see an abundance of animals and the pleasure of saying we saw the Big 5.

Checking in to Elewana Sand River was a whole new experience for me as well. I had not yet been able to visit since the renovation in late 2018 and the gorgeous new dining and common areas together with the infinity pool were a lovely surprise. The camp’s location along Sand River brought an infinite amount of peace and wellbeing, especially after months of being holed up at home in an urban environment. It was certainly a much needed salve for the soul. These last few days reminded me of the great fortune I had to come on safari and enjoy the overwhelming beauty of these destinations.

Now that I’m back, I’m already plotting my return. I remain ever-hopeful that travel will get back on its feet in the coming months and we will all get to experience the beauty that is the East African bush.