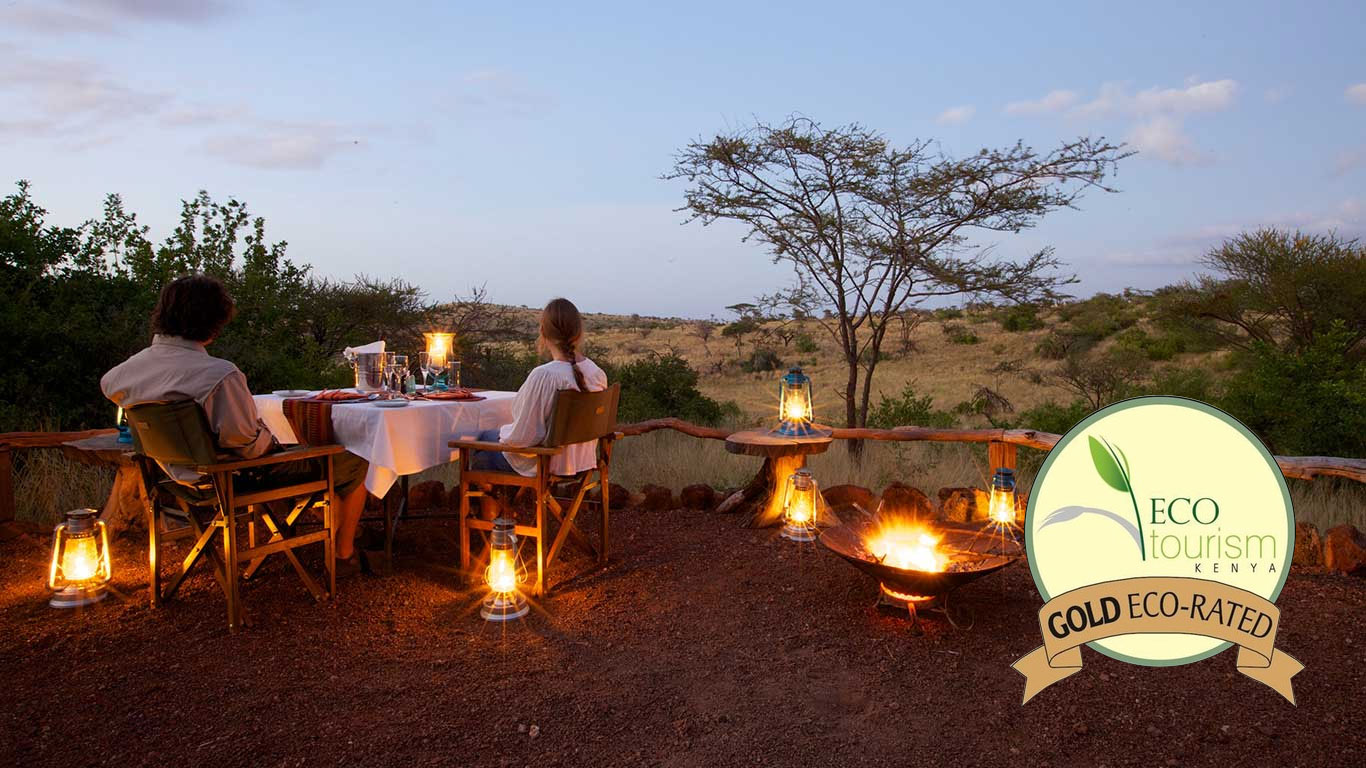 Ecotourism Kenya promotes responsible tourism practices within the tourism industry and encourages the adoption of best practices in the use of tourism resources, working with local communities and managing wastes and emissions.

Lewa Safari Camp was originally built as the rhino manager’s house in the 1980s. A separate cottage was added when he got married! The current main lounge and dining room is the original house, and the Spa is in the cottage that was added. At that time the rhino sanctuary was only 5000 acres, in the area surrounding the camp, and supported by conservationist Ana Mertz.

As the success of the rhino breeding and protection program grew, and eventually the whole property became a rhino conservancy, the rhino management and protection was moved to the Conservancy Head Offices and the house was turned into “Lewa Safari Camp” in 1995. Client tents were added, and the lodge was managed by the Conservancy until they put it out to tender in 2009 and the management was awarded to Cheli & Peacock. Elewana Collection then acquired Cheli & Peacock and the management of Lewa Safari Camp was awarded to us in 2014.

Elewana Lewa Safari Camp is one of only two tourism properties owned by the Conservancy itself, with the aim of boosting the conservancy’s revenue through camp occupancy. All camp profits and conservancy fees generated by the camp are reinvested directly into the conservation and community efforts of Lewa Wildlife Conservancy.

Together with our Partners, Lewa Wildlife Conservancy we continue to support and develop the local community and various conservation projects and strive to ensure our carbon footprint is kept at a minimum.

Congratulations to the team and we acknowledge their commitment and passion to ensuring we were presented with this prestigious award.

Elewana Lewa Safari Camp is a unique and exclusive retreat, featuring large tented bedrooms each with its own veranda and full en-suite bathrooms. Enjoy a host of activities from walking safaris, horse or camel rides, visit to the new joint operations centre and cultural experiences or simply relax by the swimming pool and enjoy the tranquillity.