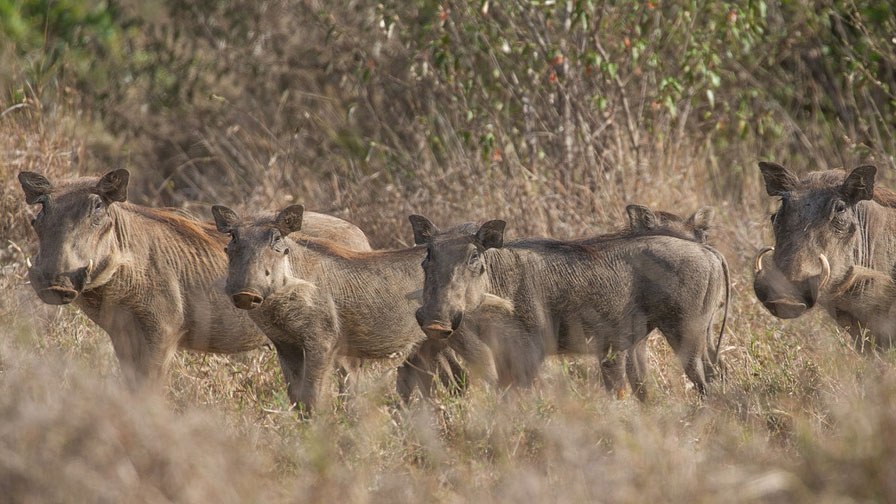 Loisaba has added the desert warthog (Phacochoerus aethiopicus) to its mammal list. The desert warthog is one of Africa’s least studied and most poorly-known mammals. The species differs most noticeably from the common warthog in its warts (hook-shaped rather than cone-shaped) and ears (bent back at the tip rather than erect).

Previously, a subspecies of the desert warthog (the Cape warthog) was found in South Africa, but became extinct in the 1870’s. Now found only in Ethiopia, Kenya and Somalia, the distribution, abundance, ecology, behaviour and conservation status of the desert warthog remain poorly known. A better understanding is not only of considerable scientific interest, but also important to the development and conservation of this species. To read more and find out how you can help contribute to saving this species, click here.
Subscribe to Our Mailing List Latest News Newsletter Travel Information
FACEBOOK TWITTER INSTAGRAM
© 2021 elewana collection