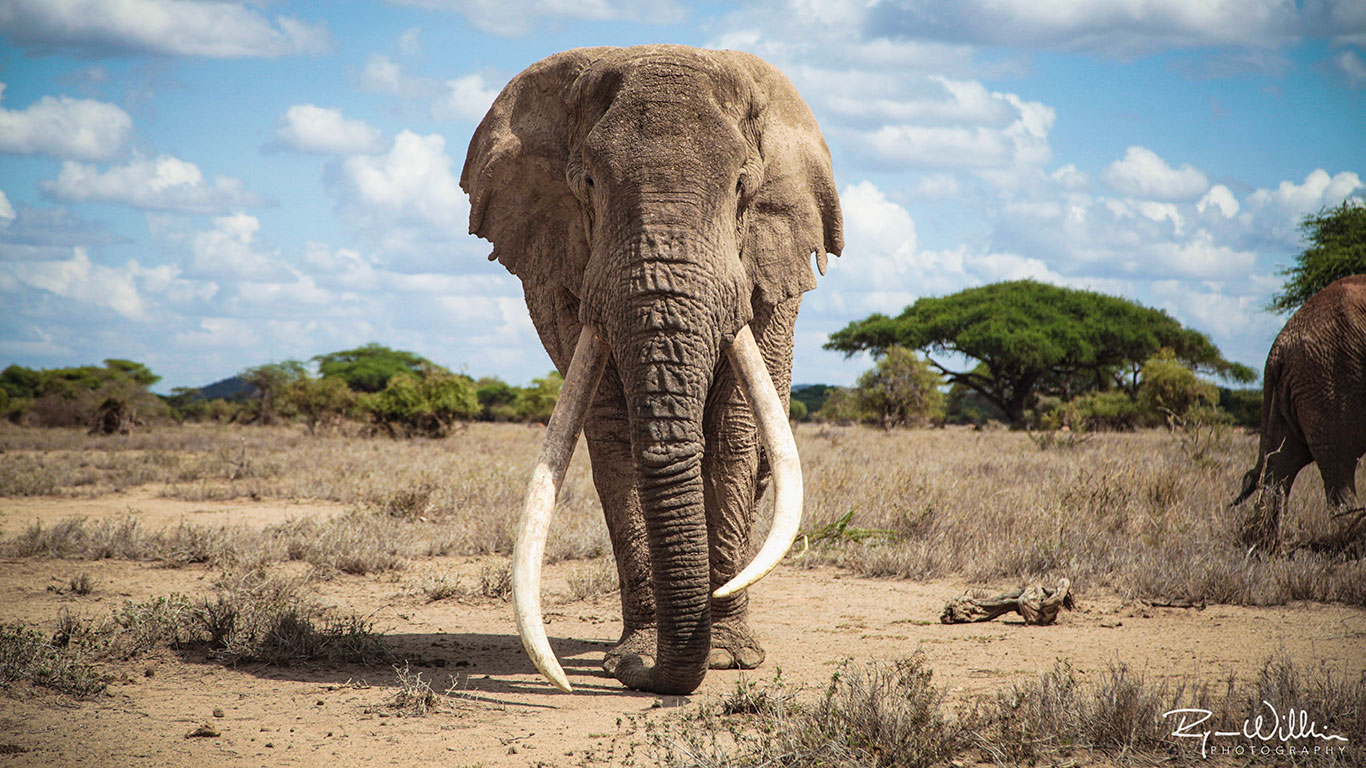 The amazing, iconic, magnificent male Tim died on Wednesday the 5th of February. He was 51 years old. It was a tragedy for so many. First, for his elephant buddies who adored him, followed him and learned from him. Then for all the rest of us who cared about him: for Kenya, the Kenya Wildlife Service and Amboseli National Park, all of which profited from the tourists who came to see Tim; for all the conservation organizations that worked so hard to keep him safe; for the local community who knew Tim well because he spent the majority of his time outside the Park on community land. Finally, his passing was a loss to the whole world, because he was a rare, spectacular specimen of a male elephant with his tall stature and his huge sweeping tusks.

The KWS vet came and did a post-mortem and concluded that Tim died of a twisted gut. Fifty one is not very old for an elephant. He might have lived another 10 years. It's hard to even imagine what his tusks would have looked like. The largest tusks ever recorded, 224 and 226 lbs., they came from an elephant who lived on the northern slopes of Kilimanjaro in the late 19th century. That would make the bull part of the Amboseli population. We believe his genes have been passed down to the current population. Tim's tusks weighed 160 and 134 lbs.

Tim was much loved and respected by the males with whom he shared his range. While some males become less sociable as they get older, Tim was always tolerant and friendly with males of all ages and we rarely saw him on his own. Tim was also much appreciated by the females in Amboseli. They always greeted him warmly when he came to test them to see if one was ready to mate. If a female was in oestrus he was especially gentle with her unlike some of the other bulls. We are sure that's one of the reasons he was so popular, because females were relaxed and able to stay with their families throughout the mating period, instead of being chased and separated. Without DNA analysis we're not sure how many offspring he has, but it has to be a good number. His legacy will live on, but we will miss him terribly.