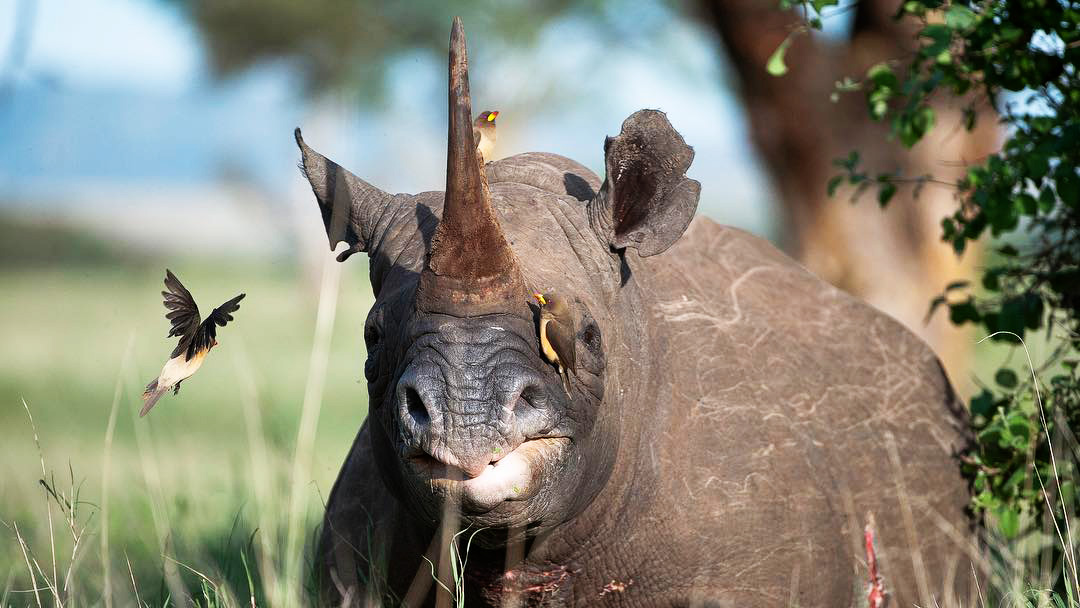 Sadly we report that Mawingu, the female semi-blind black rhino, fell from a steep slope and broke her neck at the end of January.

Mawingu, born semi-blind, was moved to Lewa from Lake Nakuru National Park years ago. For the many years she lived on Lewa, she managed to traverse the Conservancy easily despite her disability. She was 35 at the time of her death, which constitutes a 'full life' for black rhino.

During her lifetime, Mawingu gave birth to 9 calves. Some were lost to predators as she was unable to protect and care for them, and others, such as the famous Elvis, Lola and Kitui, were handraised by keepers to ensure their survival.

The Lewa-Borana Landscape is home to more than 170 black and white rhinos, constituting 14% of Kenya's rhino population. Mawingu lived a full life, which is how it should be for all rhinos.