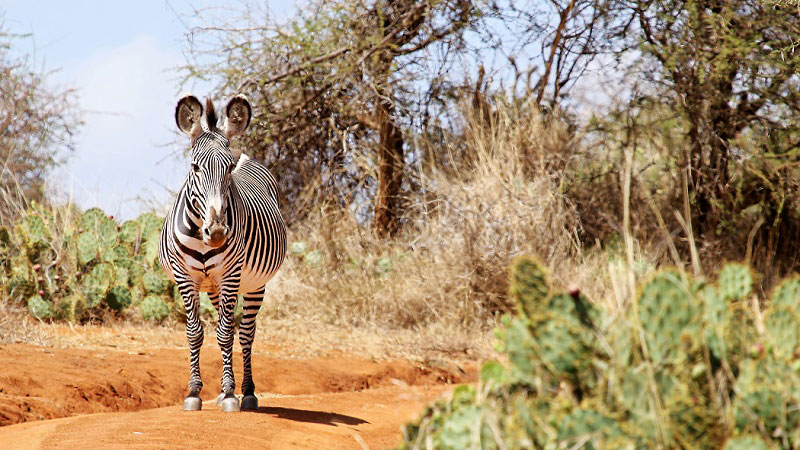 The latest photographic census of the Grevy's zebra will take place on the 25th & 26th January 2020. If you are interest in participating in the conservation of the endangered Grevy's zebra stay with us as a citizen scientist and join the local communities, Kenya Wildlife Service, local government, conservationists and other wildlife lovers as they traverse Northern Kenya to take snaps of Grevy's zebras in their habitats, Elewana Collection 2 has properties in Lewa Wildlife Conservancy, where the census will be taking place.

In the late 1970's there were an estimated 15,000 Grevy's zebra in the wild. They underwent one of the most dramatic declines of any large mammal in Africa- only 2,000 individuals existed in the early 1990’s. Through conservation efforts, the wild population has risen, and is stable, at 3,000 individuals globally - 2,812 are found only in Kenya.  Under threat from habitat degradation, infrastructure development and limited access to water, the Grevy’s zebra population needs to be counted every two years to understand whether our conservation efforts are having an impact.

A citizen scientist is a member of the public that contributes to scientific research under the guidance of professional scientists. The Great Grevy's Rally is a unique opportunity for citizen scientists to contribute to the preservation of an endangered species. Be a part of the national census of Grevy's zebra that is using photography and citizen scientists. All you need is a sense of adventure!

Soak in the sun and experience the magnificence of some of Kenya's most remote and least visited landscapes. Photograph individual zebras that you come across and your images will help us identify and tally their population.