The best time to visit Kenya for avid Birders 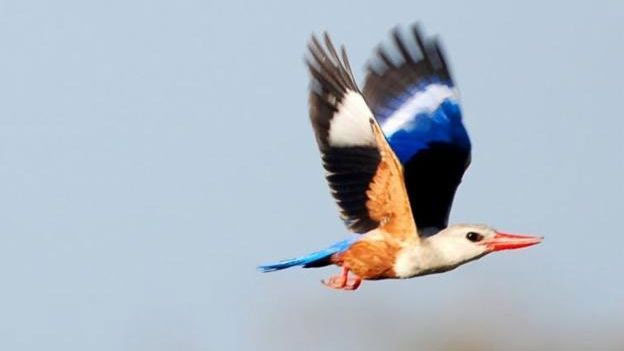 East Africa is renowned for its beautiful and colourful array of birds. The avifauna of Kenya include a total of 1105 species, of which 8. Listings include the Jackson's Francolin, Clarke's Weaver and Sharpe's Longclaw, 75 are accidental, and two have been introduced by humans. The Amani Sunbird, Clarke’s Weaver, Chapin’s Flycatcher, Hinde’s Pied-babbler and Fischer’s Turaco are some of the birds listed as endangered here. The lilac-breasted roller is the official bird of Kenya, with it incredible blue and lilac feathers that stand out making it one of the many birds that are strikingly beautiful.

After the rains is one of the best times to travel to Kenya, an explosion of colour can be seen across the wilderness with the kaleidoscope of butterflies that arrive following the blossoming of wild flowers. April, May and early June are ideal to witness a dramatic change that see a host of bird arrivals followed by October and November, where a number of migratory bird species pass through. Some of these include Carmine and European Bee Eaters, Eurasian Rollers, European Swallows, Hobby Falcons, Eurasian Marsh Harriers... to name but a few.

In the northern regions of Meru with its semi-arid landscape, those of you that are enthusiasts can enjoy the arrival of Carmine and European Bee Eaters, Eurasian Rollers, European Swallows, Hobby Falcons, and Eurasian Marsh Harriers, as they pass through during the month of November. At Lewa Wildlife Conservancy, Conservancy Hides can be booked to view birds around the swamp, which include the White stork migration during the earlier months of the year in addition to Crowned Cranes that also arrive in large numbers.  The rolling savannahs of the Masai Mara and diverse topography is breath-taking making it ideal for a variety of birdlife all year round with the additional migrant arrivals from February to early April of the stock variety; White Storks, Open billed Stork and European Storks that flock to the area followed by the remarkable migration of the Wheatear. In Amboseli, the endless plains and the dramatic backdrop of Mt. Kilimanjaro looking over the Pleistocene lake basin that houses a temporary lake, Lake Amboseli, is brimming with life after the rains and hundreds of flamingos make this their new home, adding to the dramatic scenery.