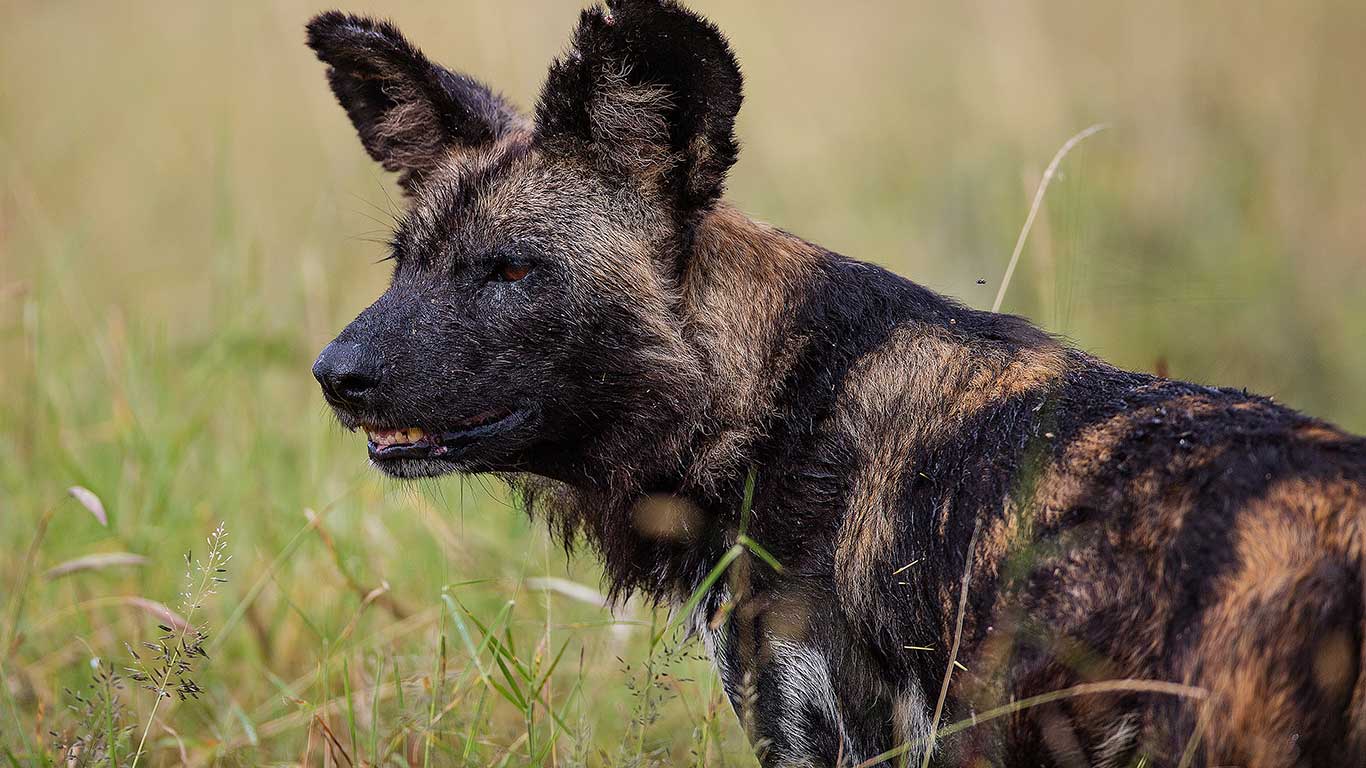 Huge influxes of cattle during the drought in 2017 meant that many of the African wild dogs in Laikipia were wiped out by canine distemper virus (CDV) spread from the herdsmens’ domestic dogs. However, after nearly a year of no sightings, staff at the Elewana Loisaba Star Beds were excited to hear the unique calls of a pack of wild dogs! Before hunts, wild dogs often engage in a ‘greeting ceremony’, where many sounds are produced by the dogs including whimpers, whines and high pitched twitters, which are unique and easy to identify.

The African wild dog (Lycaon pictus), also known as the cape hunting dog or painted wolf, is one of the world’s most endangered carnivore species. Once found widely distributed across sub-Saharan Africa in woodland, savannah, shrubland and grassland, they are now listed as an endangered species by the International Union for Conservation of Nature (IUCN) as they have sadly disappeared from over 90% of their former range. They are now only found in fragmented populations mainly in southern and eastern Africa, and are thought to number fewer than 6,600 individuals.

Although wild dogs are now a protected species, they remain at risk of extinction due to increased conflict with humans in competition for space. Their ranging behaviour in pursuit of prey means they require very large areas to support viable populations. Increased use of land for farming and the expanding human population means that wild dogs are being forced into small, unconnected areas. As a result of their extensive territories, even large fragments may only contain very few individuals; too small to sustain a viable wild dog population as not enough genetic variation is present to provide a sustainable population, leading to localised extinctions.

The highest priority for the conservation of African wild dogs is dealing with habitat fragmentation. A crucial part of the work that is done at Loisaba Conservancy is protecting vital wildlife corridors for all species to safely cross.

Wild dogs give birth to the largest litters of any other dog species, usually between seven and 10 pups but they can number up to 20. Due to the size of these litters, only the dominant pair of the pack breed, and other members help to bring up the young. As other members of the pack are usually related to the dominant pair, looking after their offspring also ensures the passing on of their own genes as they are likely to share at least half of their genetics with the dominant female.