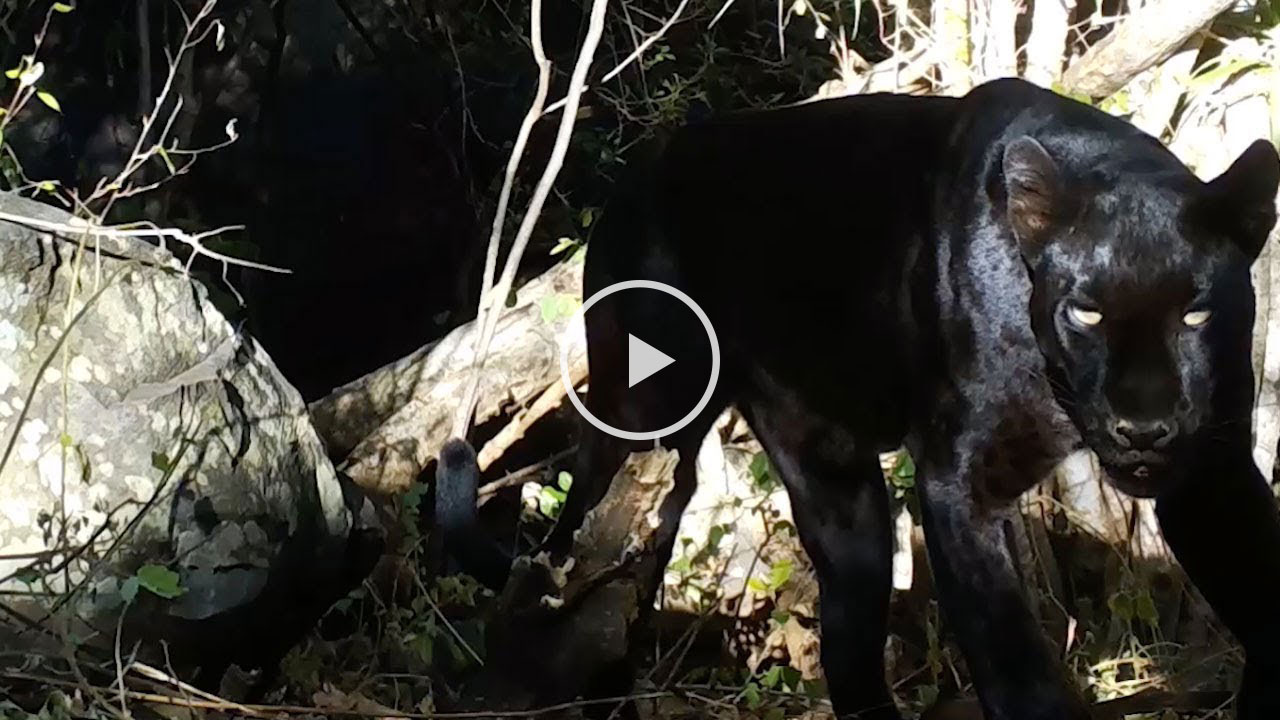 San Diego Zoo Global remote cameras recently recorded a black leopard mother and her two cubs in Laikipia County, Kenya. The cameras were placed by Ambrose Letoluai and Nick Pilfold, who are working together on leopards in Laikipia. This female and her cubs are new to the team, and bring the confirmed total of black leopards living in the study area to five. Although mom is black, she has one golden cub and one black cub.

Back in October 2018, a camera was placed in the area but the first four months were unsuccessful in recording any sights. The habitat was promising because it was rocky kopjes and hills, areas perfect for a female leopard to protect young cubs in the early days of their lives, when they are small and vulnerable.

In February 2019, the camera was moved approximately 20 feet—and immediately, the team was rewarded with beautiful footage of a leopard mother and her two cubs. Not only was this the first footage of cubs in their study, but the fact it was a black leopard made the finding that much more exciting.

This new finding is important in a number of ways. First, it helps the team understand where important denning habitat is in their study area, which is vital to protecting the next generation of leopards. Second, this footage also indicates that black leopards are breeding on Mpala. It has been hypothesized that the dark coloration of black leopards may be an adaption to shaded habitats—but finding breeding black leopards here challenges that notion, because the environment is semi-arid with no dense forest cover.

Finally, this footage showcases the genetic inheritance of the melanistic trait. The black leopard mother has a golden cub and a black cub, which follows what is known about the recessive inheritance of melanism. It is almost certain that she mated with a golden male that also carried a copy of the recessive black gene, which resulted in one black cub (recessive coloration) and one golden (dominant coloration).

After finding the videos on the camera, Ambrose remarked how important it was for leopard conservation to see this black leopard mother care for her new young. To protect the cubs and their mother, and give them best chance of survival, Mpala is keeping the site off-limits to visitors for now.

Source: Nicholas Pilfold, Ph.D., is a scientist in Population Sustainability at the San Diego Zoo Institute for Conservation Research.